Mayor dances with the stars for charity 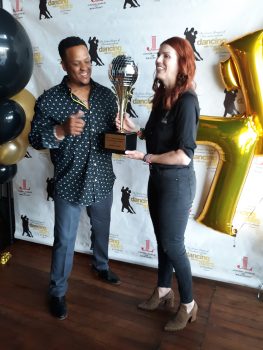 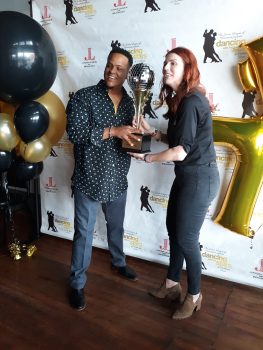 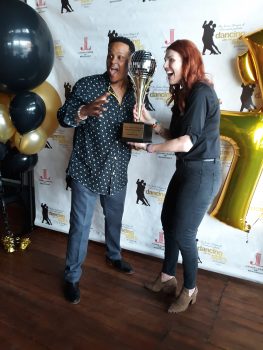 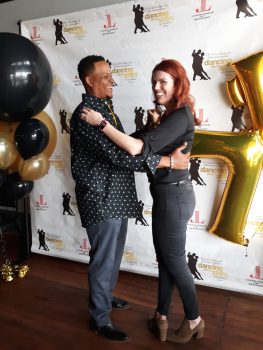 Dawn Burleigh/The Orange Leader City of Orange Mayor Larry Spears Jr and Jennifer Burch show they have the winner dance moves during a Meet and Greet for the Junior League of Beaumont Dancing with the Stars of Southeast Texas event on Monday at the Boardwalk Grille in Orange. 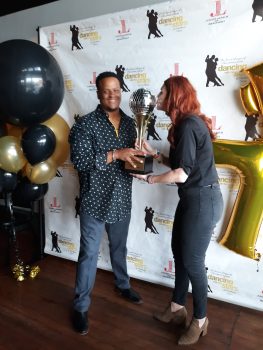 Stars will be named on March 6 at the Junior League of Beaumont’s (JLB) fundraiser, Dancing with the Stars of Southeast Texas. On March 6, 2020, the Beaumont Civic Center will be transformed with performances from 16 of the community’s best and brightest.

“I received a phone call from Natasha stating she was putting my name in,” Spears said. “We love giving back to the community. This is a great idea and to be a part of t is awesome.”

Spears said the experience has given him new respect for the work put into dance recitals.

“I did a little dancing in a pop group for Lamar called the Cardinal Moods,” Spears said. “All the work that goes into an event of this level…”

Spears added he did have to learn some new moves for this event.

His dance partner, Jennifer Burch, is a friend for over 20 years.

“We already had a comfort level when we started,” Spears said. “We were able to motivate each other as friends.”

Each pair will perform dances choreographed by professional instructors from premier dance studios in the area.

Burch did not have dancing experience prior to the first rehearsal in January.

“Natasha convinced me it was for a good cause,” Burch said. “I had to step out of my comfort zone.”

While she may have been nervous in the beginning, she has gain confidence on the dance floor after several rehearsals.

“We have a fantastic coach, Cheri Billot, owner of Horizons,” Burch said. “She’s tough but good.”

These dancing duos promise an evening of entertainment while also raising funds for the Junior League of Beaumont, whose primary mission is to promote volunteerism and develop the potential of women by supporting our community. The League supports Beaumont and surrounding areas through community projects that focus on self-esteem for youth, parenting skills, and promoting healthy lifestyles. With the community’s support for Dancing with the Stars of Southeast Texas, the Junior League of Beaumont will be able to continue its vision of enriching the lives of all families in Southeast Texas.

The dancers will take the stage on Friday, March 6, at the Beaumont Civic Center to compete for the Mirrorball Trophy.

Anna Papa has been with the JLB for four years and is the chair of the committee for Dancing with the Stars.

“I was attracted to the JLB as a way to meet people while giving back to the community,” Papa said. “It was appealing because it touches so many organizations.”

Papa said she has enjoyed working on Dancing with the Stars project.

“It has to be my favorite,” Papa said. “You get to work with people in the community who are in a million things. You take them out of their comfort zone.”

At the end of the night, the trophy will be awarded to the couple with the most votes—each dollar raised is one vote. Cocktail hour starts at 6 p.m. and the show begins at 7 p.m. Donations and tickets are available at www.bidpal.net/DWTSSETX2020.