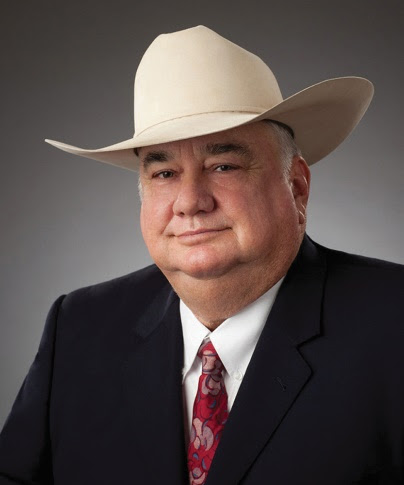 Late last year, our hometown newspaper, the Fort Worth Star-Telegram, ran an editorial attacking agricultural valuation in heavily developed areas like Tarrant County. I provided my response to the newspaper editors but also wanted to highlight the case as one of the many essential tools Texas and Southwestern Cattle Raisers Association works to protect in the face of urbanization.

As fewer and fewer people understand where their food comes from, it doesn’t take long for a bad idea to take hold with disastrous consequences. We must come together as cattle producers and push back on these false narratives whenever and wherever they arise.

In their article, the newspaper editors contend agricultural exemptions cost the local government millions of dollars per year, benefit only developers who use them as a tax shield and harm the other property owners within the county who must make up for the lost taxes. They call on the Texas Legislature to set different rules for urban and suburban areas of the state so they can close the agricultural tax loophole without hurting rural parts of the state.

As someone who ranches in Tarrant County and understands agricultural valuation, there is a lot to dispute within these claims.

There are cattle in every county in Texas, regardless of how rural or urban, and Tarrant County is a great example. Though the 15th largest county in the nation, Tarrant County has 1,173 farms on 190,682 acres, according to USDA’s 2017 Census of Agriculture. That includes more than 13,000 cattle.

As Texas grows, agricultural valuation is needed now more than ever, especially in growing urban and suburban areas. It’s not a loophole, but rather a valuable tool.

Plenty has changed since the heydays of the Fort Worth Stockyards and the founding of our ranch in the 1930s. If not for agricultural valuation, we would have been forced out long ago by skyrocketing property taxes as development has surrounded our once-rural land. So would have the other producers in the area, who maintain the precious little open space that remains here.

If ag valuation were to go away, I could no longer afford to live here and would be forced to sell our 90-year-old ranch almost immediately. The consequences would not bode well for the community, either.

The glut of available land would depress property values across the area, nullifying any additional revenue because of the reduced value. Open space would quickly disappear along with responsible development as almost 200,000 acres in Tarrant County hits the open market. What doesn’t disappear would likely sit overgrown and vacant, no longer affordable for agriculture and not yet ready for development.

The Star-Telegram editors also wrongly describe ag valuation as ag exemptions. There is no exemption, but rather a different method by which the property is appraised. Instead of basing the appraisal on market value, it is based on the agricultural productivity of the land. The county agricultural review board sets minimum requirements for reasonable agricultural use, and the central appraisal district decides if a property qualifies.

Through this process, local officials can, and should, root out abuse and ensure the alternative valuation applies only to those who are using the land for legitimate agricultural purposes.

The biggest complaint from the editors, though, was lost revenue. Revenue they claim must be made up by other commercial and residential property owners throughout the county because the Texas legislature reduced the interest rate and number of years in back taxes that a property owner must pay if the land is removed from agricultural production.

Until September 2019, if I decided to sell my cattle and retire, I would have paid five years of back taxes at full market value, along with 7% interest. Thankfully, our Texas Legislature reduced it to three years and 5% interest, but it is still a monumental challenge. Even if I sold every head of cattle on my property, I still couldn’t cover the cost.

That’s a particularly important point when you consider 718 of Tarrant County’s 1,971 agriculture producers are age 65 or older, according to the same 2017 USDA Census of Agriculture. Some of us are lucky enough to have children involved in our operations, but for others, growing older often means selling the cattle and parking the tractors.

It’s easy to talk about lost tax revenue, but also remember the elderly widow from East Texas who lost everything. After a lifetime of raising cattle, she was forced to sell her cattle to pay for mounting healthcare expenses. She was then hit with the excessive back taxes and interest, forcing her out of her home and off her property when she was at her most vulnerable.

Agricultural valuation is not a loophole that needs to be closed. It is a tool that is vital to agriculture producers and all Texans. It ensures that we can continue to grow the crops and raise the livestock that we need to feed our state and nation. We all benefit when the grocery store shelves are full. It also encourages responsible development, so our urban and suburban areas can continue to grow without driving away open space and agriculture.

The county should do everything necessary to ensure the tool is being used properly, but don’t throw the baby out with the bathwater.