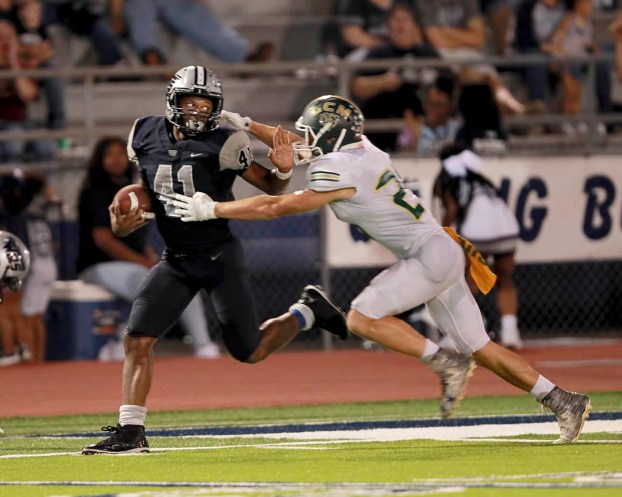 Mustangs look to bounce back against Crosby

WEST ORANGE – After battling Class 3A Division I No. 1 Newton down to the wire last week before falling just short, the West Orange-Stark Mustangs will look to bounce back at home this week against the Class 5A Crosby Cougars at Hooks Stadium.

The Mustangs (2-1) played the Eagles hard last Friday and actually outgained the Eagles 252-246. However, some costly turnovers and a big trick play by Newton hampered the Mustangs in the tough loss.

The Cougars have been stout the last several years but are turning to a youth movement for new coach Jerry Prieto after a 7-3 season in which they missed the playoffs for the first time since 2004.

The Cougars return seven starters, four on offense and three on defense.

The Crosby offense is definitely centered around quarterback Deniquez Dunn. Dunn has completed 16-of-45 passes for 282 yards and two touchdowns with three interceptions and has rushed for 261 yards and two scores on 30 carries.

WO-S quarterback Jerren Terrell has completed 31-of-51 passes for 353 yards and two TDs.

Mustang tailback Elijah Gales has zipped for 425 yards and six TDs on 55 carries. Jayson Ziegler leads the Mustangs with six receptions while Artavious Samuel has five catches for 107 yards and Jadon Jones hauled in a 68-yard TD pass from Terrell against Newton.

The Mustangs will remain in non-district play next week with a trip to Bridge City to face the Cardinals while the Cougars open up District 12-5A Division II play at home against the Vidor Pirates.

Pirates to welcome in Bears