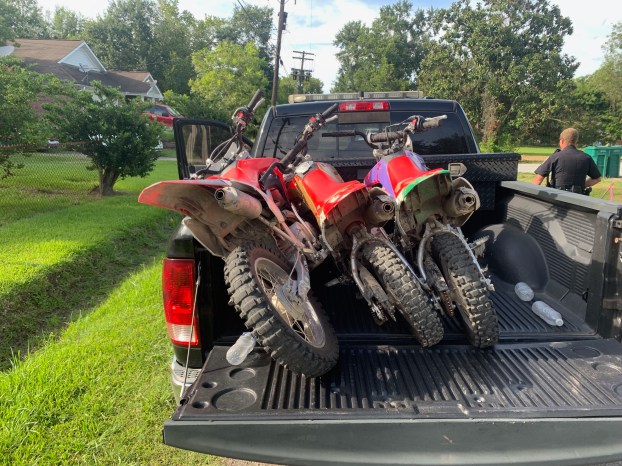 Three more dirt bikes were recovered in connection to a burglary at Triple L Honda in Pinehurst. Three males were spotted on the bikes in the area of 2nd and Turret Street in Orange on Thursday. At least one make was arrested according to a police report.