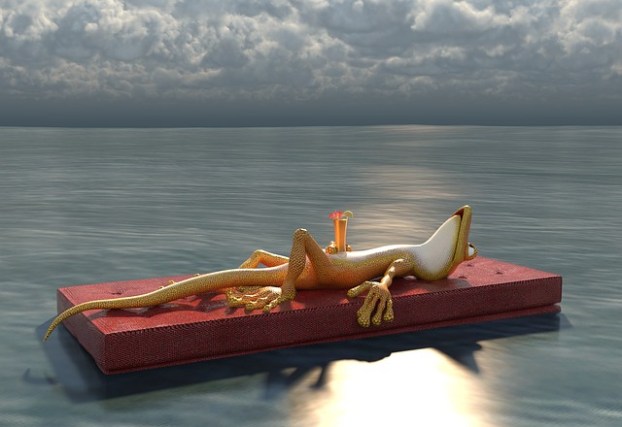 Story over a cup: Lizard on a chair 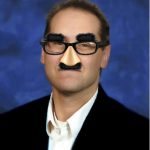 I spoil my dogs.

I make absolutely no apologies about it. They are loved, taken care off, and at times downright lazy.

They also can be a great source of writing material.

Every week about Thursday, I start trying to come up with the next topic for my articles. Usually, I have an idea and just set down and flesh it out.

Well this morning, I sat down with my cup of steamy caffeinated heaven with my topic ready.

Then a gecko changed all of it.

I heard a terrible crash from the living room, followed by barking.

Then the scurrying of feet followed, by more barking.

So, rushing to the living room, I see that one of the recliners had been knocked over. Next to it, my dogs are barking like mad.

Bernie, being the loudest and also the farthest away, looks like a lab-mix with a little pitbull in him. Don’t let that fool you, he is afraid of plastic bags.

Roswell is barking while running in circles. I gave up a long time ago of trying to figure out why. Anything unexpected causes him to run around a room; he becomes a little tornado when it’s time to eat.

Sometimes, I get dizzy just watching him.

Bill, well, he is just Bill.

He doesn’t bark a lot. He is also our most curious. He usually finds a way to get into trouble.

He is sniffing the knocked over recliner, paying particular attention to one of the armrests.

Bill jumps back, which means Roswell runs smack into him.

Bill gets mad and starts growling and snipping at him. The two then run into poor Bernie who is going between barking at the lizard and barking at his brothers.

Me? I am trying to separate Bill and Roswell when it struck.

The gecko ran, jumped and landed next to Bernie. He freaks and runs towards me, I fall over him, since I am holding Bill and Roswell by the collar, all four of us are a jumbled heap on the floor.

As I am trying to get up, the gecko scurries toward the recliner. Bernie tried to crawl into my shirt to hide from the leaping lizard, Bill is trying to untangle himself to chase it; Roswell is still under the impression that Bill wants to play.

Before I can grab Bill, he runs into the chair, followed by Roswell running into him.

And Bernie, head under my shirt, hears the commotion and starts barking.

Now, sometimes during the melee, the gecko had scurried away and was nowhere to be seen. Bill was trying to find him. Roswell had gone back to running around the room.

I had dislodged Bernie, gotten up, and praying the gecko was not under the recliner, I right it. Bernie, looking satisfied gives a triumphant huff and jumps on the recliner.

Back at my computer, a new topic in hand, I hear Bon Jovi singing on my computer. How did he know what I did today?

“Whoa, we’re halfway there, whoa….Lizard on a Chair!”

Moving Forward in His Purpose!

Mayor Larry Spears, Jr To the Wonderful Citizens of Orange, Texas   It has been an honor and a blessing... read more