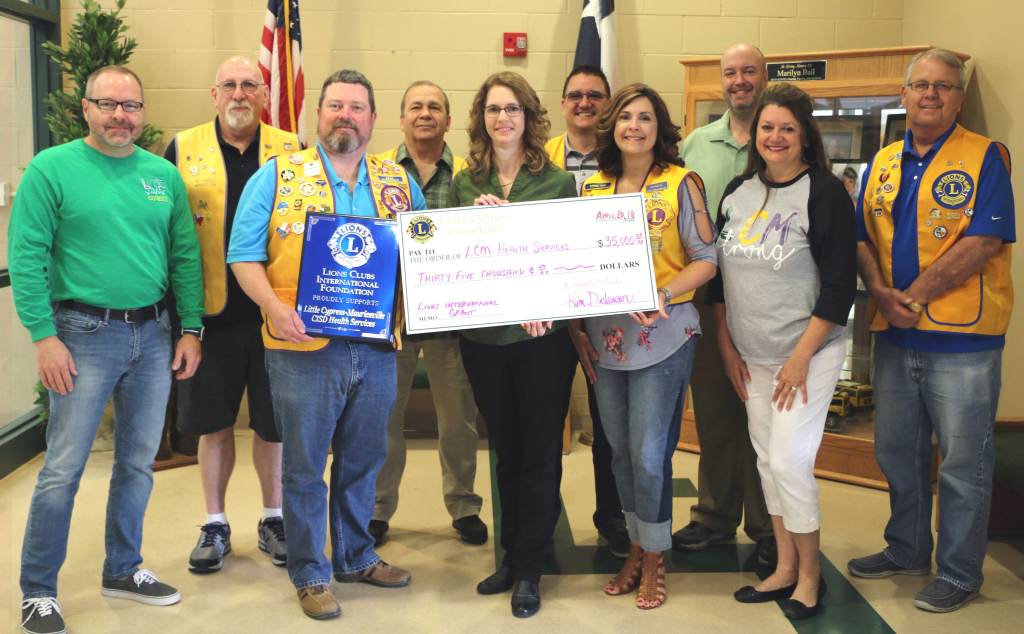 Little Cypress Intermediate was the campus where Lions Club members from several different clubs met to deliver a $35,000 check to the nurses’ clinics of Little Cypress-Mauriceville CISD. Four of the six clinics in the LCM District were destroyed by Hurricane Harvey. As Director of Health Services, Kelly Meadows accepted the check, telling the group that they now can restore those clinics and restock the other two that have been doing double duty, serving students after the flood.

LCM has been the recipient of several gifts from Little Cypress and Orange Lions Clubs, as well as other Lions Clubs from around the state. When the Lion’s District Governor Russell Wheeler heard from Kim Dickerson, president of the Little Cypress Lions, that there was more help needed, he began working on a grant from the Lion’s International organization.

Besides expendable supplies, such as band-aids, the clinics also lost equipment and furniture, like the cots or exam beds, scales, and thermometers that are used when students become ill at school. This donation will go toward making sure that the nurses have what they need to effectively treat the students that they see daily.