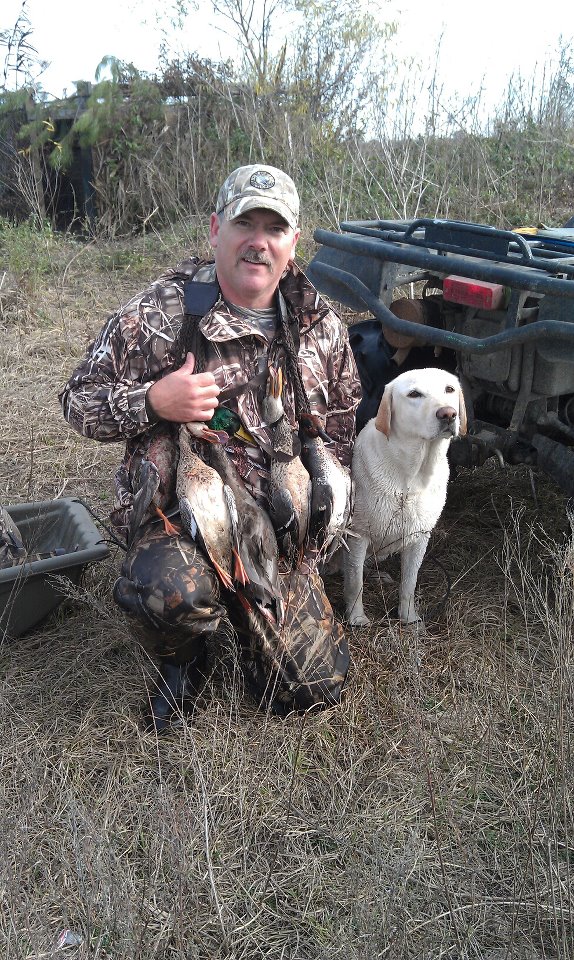 Courtesy photo Rich Miller, of Vidor, is author of the newly published book, Tales from the Blind. A book which began when he sent a text to his wife while hunting.

Rich ‘Tales from the Blind’ of deer, duck hunting poetry

“‘Twas Thanksgiving weekend, and all through the woods,

The hunters were trying to kill all they could.

To kill one next week may get you a ticket.”

“’Tales from the Blind’ is a book of poems while I was hunting while I in the deer blind. The first one was ‘Thanksgiving Weekend’ last year (entitled the same),” author, Rich Miller, of Vidor, said.

Rich’s poems cover popular hunting topics such as missed deer, the bitter cold of a morning tree stand, and the simple joy of walking through the Texas woods.

Rich, an avid hunter, and outdoor enthusiast, works in the oil and gas industry as the vice president of a general contractor and serves as the men’s minister in his local church.

Although Rich dreams of writing much more complicating works, he found inspiration Thanksgiving of 2016 with his first poem texted slowly to his wife in the deer blind he sat in.

“I wrote it and it just kind of came to me and I typed it out in a text and sent it to my wife. She was ecstatic, saying ‘oh, that’s great’,” Rich said. “So, a little while later I typed out another text to my wife, and that day I did three of these poems that are a hunting story in a poem”

With his wife, Charla as his first “editor” sending the text back for him to see, they became a team. The little book of hunting tales has 44 poems including “The Wife’s Story” that Charla wrote from her perspective.

Armed with a full life spent with family and friends in the great outdoors, the local poet has collected his stories and experiences in Tales from the Blind.

Many poems are accompanied by a story describing the inspiration behind the verses, leading to even more heartfelt and hilarious moments. Tales from the Blind ultimately celebrates the beauty and charm of spending time in the wild.

“I would have liked to write a book about something other than poetry, but that’s what I have,” Rich said.

From that “Elusive Buck” to the ever-present “Squirrel Trouble,” Rich’s poems focus on the subjects every deer hunter can sympathize with and laugh about.

“I feel like I would have liked to write a book geared toward a Christian based management type book,” Rich said. “But I just don’t have the knowledge of putting it together. I hope to make this my first step to getting something like that.”

The book is currently only in paperback and available only through Amazon.com for $6.99 and has free two-day shipping for Amazon Prime members.

Rich said he looks forward to other venues for the book, but for now, he is selling it through the company who helped him publish his work, Amazon, and CreateSpace.

Photo courtesy of Vidor Police Department The Vidor PD is very proud to announce that a new member to the... read more