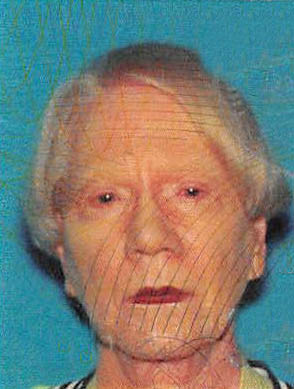 Funeral services will be held at 10:00 a.m., Friday, July 21, 2017, at Claybar Funeral Home in Orange with Reverend David Millner officiating. Burial will follow at Hillcrest Memorial Gardens in Orange.

Visitation will be prior to the service beginning at 9:00 a.m.

Born in Orange, Texas, on June 30, 1933, Betty Jean was the daughter of Ben Berwick and Jessie (Stockmon) Berwick. She was a very giving person who was always willing to help. For the last ten years, Ms. Berwick struggled with dementia. This disease took not just her memory, but precious time away from her family as she forgot both herself and those she loved. The effect was devastating and her family hopes that others will not have to suffer as they did, pushed away as though they were strangers. Always remember that although your loved one may not know who you are anymore, their love for you never dies. It just gets a little lost.

She was preceded in death by her parents, Ben and Jessie; and her daughter, Roberta Jacqueline Roberts.

Serving as pallbearers will be Chad Hall, Buster Calcote, and John Davis.