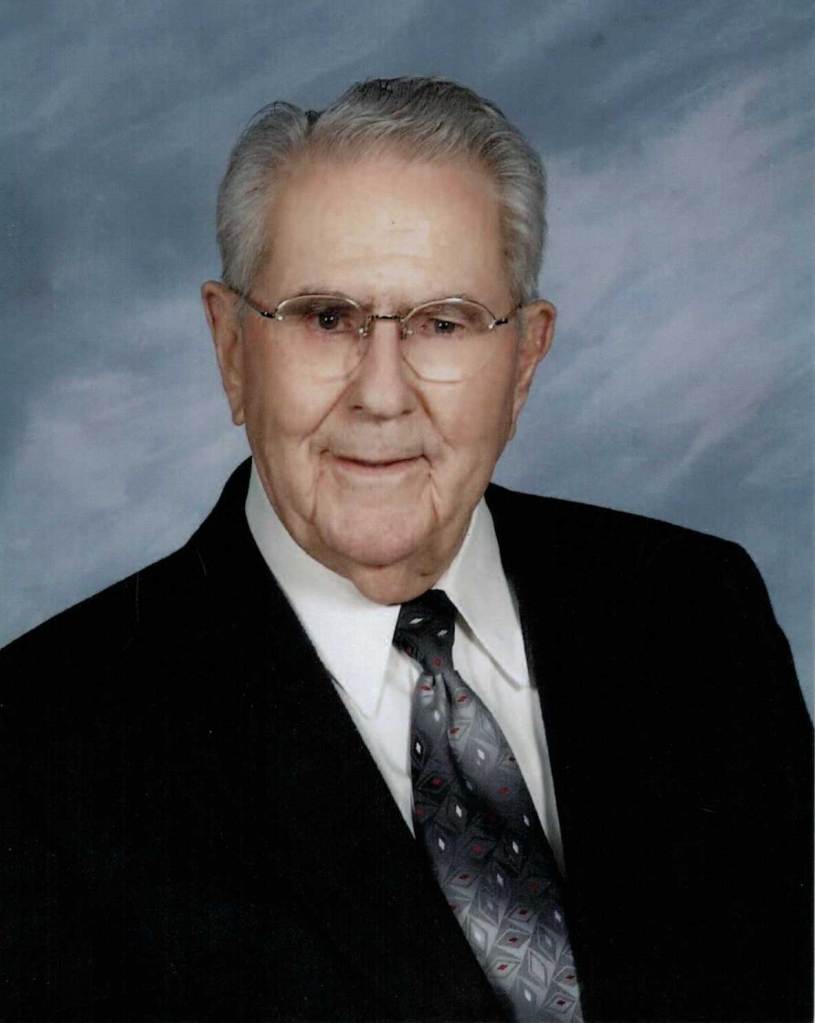 John Parker Conrad, Sr., 101, died peacefully on July 6th at his residence in Morgan City. Mr. Conrad was a long-time parishioner of Sacred Heart Catholic Church. He was a kind and gentle man whose generosity to his church, community, family, and friends will long be remembered. Mr. Conrad was an avid outdoorsman who enjoyed hunting and shrimping. He was a beloved husband, father, grandfather and great grandfather, and will be sadly missed by all who knew and loved him and the many thousands of lives that he touched in his own special way.

Parker Conrad was born October 11, 1915, on Rousseau Plantation in Parks, Louisiana. He was the eighth of nine children and last son of the late Marie Celine Marin and the late James Joseph Conrad, Sr. Parker married Shirley Rita Kihneman at Sacred Heart Church in Morgan City, Louisiana, February 11, 1942. They were happily married for 64 years before her death in 2006.

Parker Conrad was a shipbuilding pioneer and a legend in South Louisiana and beyond. In 1948, he founded Conrad Industries in Morgan City, now with five shipyards along the Louisiana-Texas coast. The Spirit of Morgan City, a shrimp trawler and proud landmark located on the neutral ground in Morgan City, was built by Conrad lndustries and donated to the city by Parker.

From age 12 to 17, Mr. Conrad studied to be a Christian Brother at the novitiate of De LaSalle in Lafayette, which formed in him a deeply rooted and life-lasting commitment to others. He returned to the family on Lagonda Plantation, now Bayou Vista, during the depression years. Times were tough for everyone and young Parker pursued many avenues to etch out a living. He farmed sugar cane and rice, he raised and sold chickens and vegetables; he trapped, logged, and fished, and even raised bullfrogs to sell. Finally, after three year of planting rice on what is now Country Club Estates and his income from other business ventures, he had a sufficient down payment on a used insulated trailer truck that he used to haul fresh shrimp, on ice, to New York. This opened the door to another adventure, the shrimp packing business in Morgan City and Cameron. Parker sold the two shrimp packing plants and began renting boats to oil companies. In 1948 he purchased a small shipyard that built wooden shrimp trawlers on the banks of the Atchafalaya River in Morgan City. Prayers and perseverance were rewarded as Conrad Industries celebrated 69 years in operation in April 2017.

Parker Conrad was widely recognized for his many accomplishments. In 1965, he was named to the Order of St. Louis King of France; in 1981, he was inducted into the Central Catholic Hall of Fame; in 1982, he received the Medaille Award from the Sisters of St. Joseph; in 1987, Mr. Conrad was named Citizen of the Year in Morgan City; in 1991, he was given the Rotary Club’s Paul Harris Fellowship Award, and the St. Mary Parish Chamber of Commerce awarded him Citizen of the Year in 2010.

Parker is survived by one son, Johnny Conrad and his wife, Mary Lou Brunson Conrad, of Berwick; one daughter, Katherine Conrad Court, and her husband, James K., of Round Mountain, Texas; four grandsons, Daniel Conrad and Rebecca of Morgan City, Glenn Conrad and Kim of Patterson, Kenneth Conrad and Rosalyn of Berwick, and Patrick Court and Nicole of Lakeway, Texas.

Pallbearers named to serve are Daniel Conrad, Glenn Conrad, Kenneth Conrad, Patrick Court, Wayne Romero, Doug Derouen, Craig Derouen and David Kihneman. The family will receive friends from 5 p.m. to 9 p.m. on Sunday, July 9, 2017 at Twin City Funeral Home, with a rosary to be recited at 7 p.m. Visitation will resume from 8 a.m. until 9 a.m. on Monday, July 10, 2017 at Twin City Funeral home with a Funeral Mass following at 10:00 a.m. at Sacred Heart Catholic Church in Morgan City. Parker’s nephew, Bishop Louis F. Kihneman III of Biloxi, Mississippi will conduct the service. Parker will be laid to rest in the Morgan City Cemetery Mausoleum.

The family would like to thank all of Mr. Parker’s special caregivers for the loving care they provided to him over the years.

In lieu of flowers the family requests that donations be directed to Central Catholic High School, 2100 Cedar Street, Morgan City, LA 70380 in honor the memory of Mr. Parker Conrad.

Friends are invited to leave condolence messages for the family at www.twincityfh.com