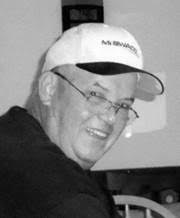 Mr. Eddins was born January 12, 1944 in Beaumont, TX and was a 1964 graduate of Stark High School in Orange, TX.  He lived most of his life in the Orange, TX area before moving to Lake Charles in 2004.  He worked for B. F. Goodrich (Bayer) and retired from Lanex in 2000.  During his younger years, he coached his son’s little league and basketball and was the Volunteer Fire Chief at West Orange Fire Department.  Mr. Eddins attended St. Mary’s Missionary Baptist Church.  He was an avid hunter and fisherman and loved to play pranks.  He always enjoyed spending time outdoors and had a passion for helping others.

He was preceded in death by his parents, Lee Wesley and Marion Smith Eddins; and sister, Sarah Elizabeth “Betty” Bastain.

His memorial service will be held at 10:30 AM on Saturday, April 22, 2017 at the Johnson Funeral Home Chapel.  Reverend Dan Danheim will officiate.  Visitation will be at the funeral home on Saturday from 9:00 AM until the start of the service.

Words of comfort to the family maybe left at www.johnsonfuneralhome.net