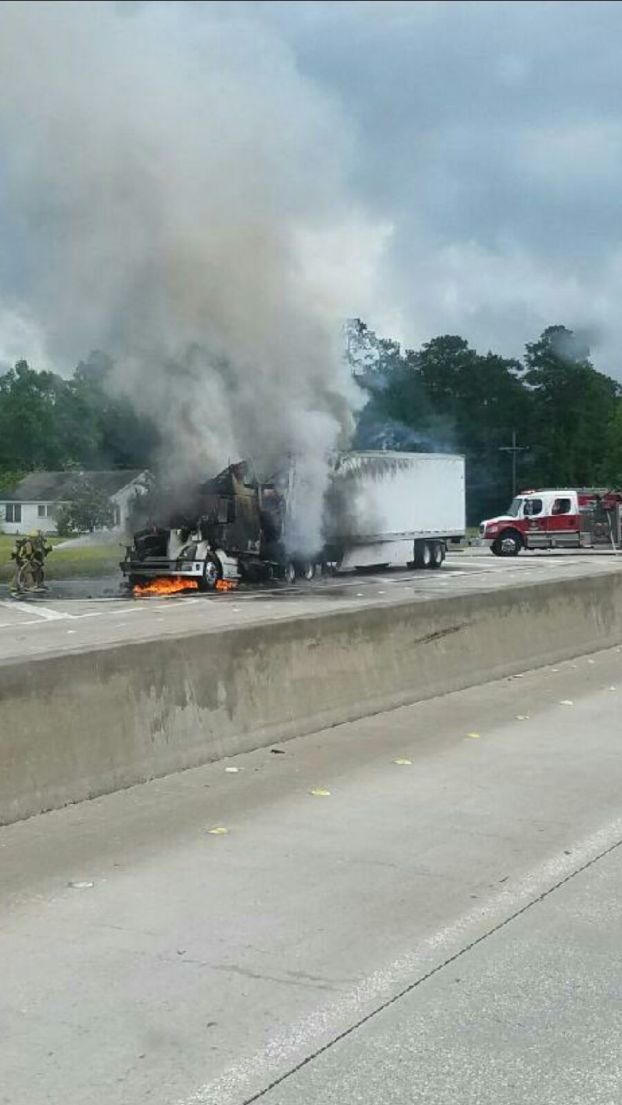 Eric Williams/ The Orange Leader Interstate 10 west at Farm to Market Road 1135 is closed, on Tuesday, due to an 18 wheeler fire.

An 18 wheeler carrying a load of electronics to Orange caused a massive interstate jam on Interstate 10 West Tuesday around the 864 mile post.

Around 11 a.m. Tuesday, Sarkis Yanikan, 52, told police his truck had a blow out to one of the tires and immediately caught fire. He pulled over and tried to extinguish the flames but he was unsuccessful.

The fire quickly spread all over the cab of the truck and part of the trailer.

Orange County ESD 1 responded to the fire and got it quickly under control, but the clean-up process took most of the day as fire fighters had to careful examine the entire cargo of the truck. This process caused traffic to be backed up as far to the MLK Drive over pass in Orange.  Drivers were diverted off the highway by TxDOT crews safely and advised to use alternate routes.

This is the third truck fire that has happened in the Vidor area in as little as two weeks. The interstate finally reopened around 4 p.m.

Texas Department of Public safety is investigating the accident and was assisted by Vidor Police Department and the State EPA Office.

Sheriff Merritt is pleased to report that the Christus St. Elizabeth hospital staff has upgraded the condition of the inmate... read more