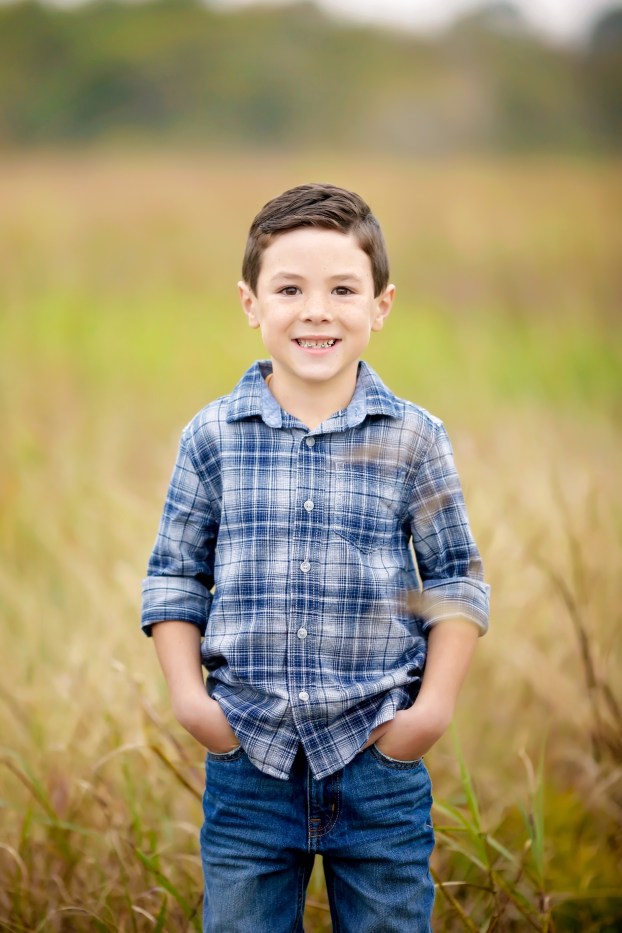 Funeral services will be held at 2:00 p.m., Friday, April 7, 2017, at First Baptist Church in Orange. Officiating will be Pastor John Bickham. Burial will follow at Hillcrest Memorial Gardens in Orange.

Born in Beaumont, Texas, on April 15, 2010, Greyson was the son of Derek and Alicia Pinner. He loved school and was a first grade student at Mauriceville Elementary. Greyson enjoyed spending time outdoors hunting and fishing as well as playing sports such as football, basketball, and his favorite, baseball. He played on the 7 and under Southeast Texas Beast Select baseball team. He will be missed so much by his family and friends.

He was preceded in death by great-grandparents, Bill Pinner, James L. “Pinkey” Jackson, and Barbara Peveto; and his great-great-grandmother, Linnie Hatcher.

Greyson is survived by his loving parents; his grandparents, David and Jeanne Swinney, of Buna, Debbie and Robert Baeza, of Mauriceville, and Keith Pinner, of Mauriceville; great-great-grandmothers, Patsy Swinney, of Buna, Rose Pinner, of Old Salem, and Christine Parker, of Jasper; his brothers, Noah Swinney and Dakota Pinner; aunts and uncles, Tim Swinney, David Swinney, Shelby Pinner and wife Gena, and Marissa and Jackson Baeza; and his friends and teammates.