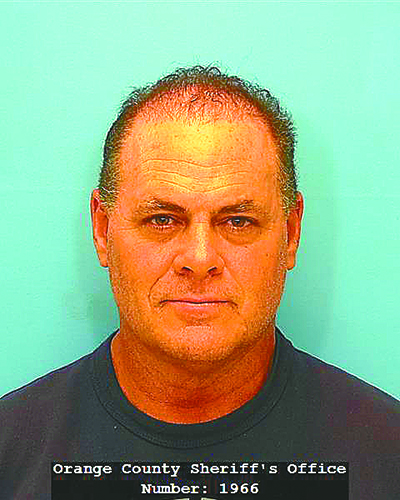 The former West Orange-Stark High School football coach has entered a guilty plea in a 2015 double fatal auto-pedestrian accident that killed a mother and her young daughter on McArthur Drive in Orange.

Broussard’s sentencing on the second degree felonies will be on May 15, 2017 and he could face from two to 20 years in prison for each charge.

Broussard was originally indicted by in July 2016 by an Orange County Grand Jury on the charges.

The case was original set to 163rd District Judge Dennis Powell, who back in January recused himself off the case. On Broussard’s last court appearance, he entered a plea of not guilty to the court, announcing he was going to trial.

Broussard is accused of leaving the scene after the two were killed in an accident on MacArthur Drive back on a Monday evening, November 2, 2015.

According to a probable cause affidavit Broussard told police that he entered the turn lane to head south on Donnell street.  That’s when he heard a “thud” that caused damage to his front windshield.

Broussard then turned into a private parking lot on Donnell street, but left after a few seconds, without checking to see what he had hit. He drove the 1993 Geo Prizm to his girlfriend’s house, showed her the damage and she drove back to the scene. She discovered that two people had been hit.

Broussard turned himself in the following Tuesday afternoon to Orange Police around 9:45 p.m. Broussard was released from the Orange County Jail on November 3, 2015 on $200,000 Bond, and then turned in his resignation to the West Orange Cove school district.

Each of the charges are a second degree felony punishable by two to 20 years in prison and a fine of $10,000.

Student of the Month – Deweyville