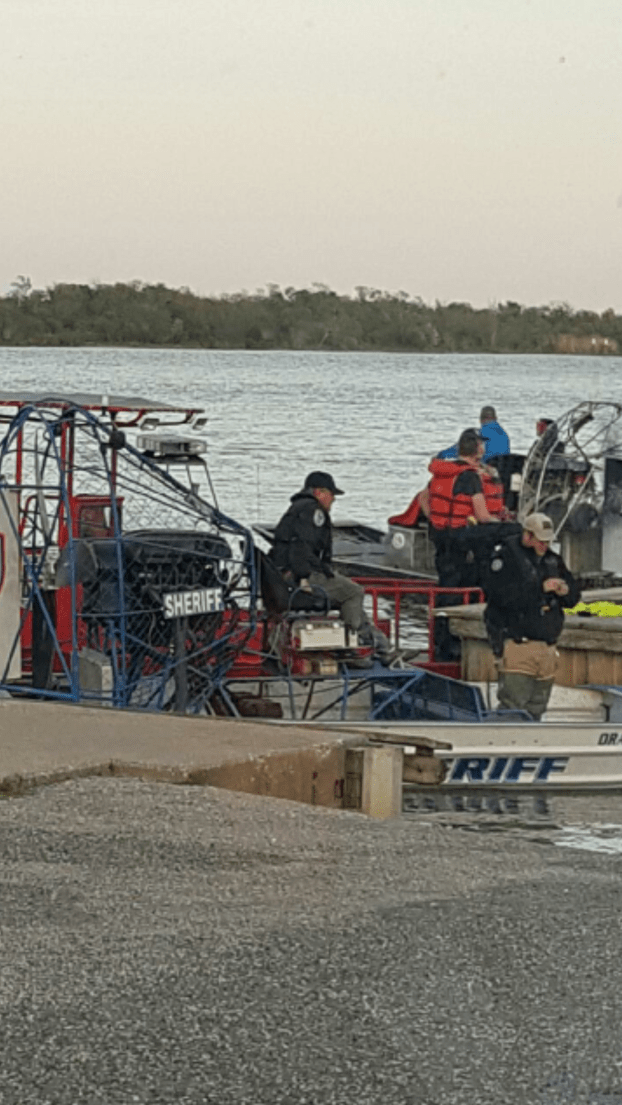 A Orange woman died Friday evening in a airboat wreck in the marsh off the Neches River at Port Neches Park in Port Neches.

Vittoria Hughes, 59, of Orange, was pronounced dead at the hospital Friday night according to Precinct Seven Justice of the Peace Brad Burnet. An autopsy has been ordered to determine the cause of death.

The Jefferson County Sheriff’s Office received a report of a boat accident off the Neches River at Approximately 6:18 p.m. Friday March 17, and responded with their marine unit. Orange County Sheriff Keith Merritt also responded to the scene with his airboat to aid in the rescue.

Hughes and her husband were riding in an airboat in the marsh about 300 yards off the Neches River when the boat flipped several times.

Acadian Ambulance and Port Neches Fire Department were able to reach the couple with their airboat. Witnesses at the scene state the dramatic events that took place, and how desperately first responders worked to save Hughes life.  Although the boat flipped several times, Hughes’ husband only suffered minor injuries. Both patients were transported by Acadian Ambulance to the Medical Center of Port Arthur.

Due to the accident happening in the water way, the Game Wardens with Texas Parks and Wildlife will be heading up the accident investigation.​

Man dies after falling from a moving vehicle on McFaddin Beach

PRESS RELEASE — At approximately 5:00p.m., the Texas Department of Public Safety received a report of a fatal incident on... read more