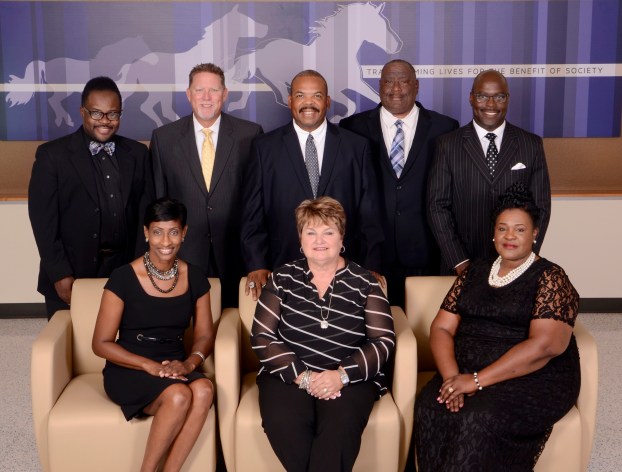 West Orange – Cove CISD would like to applaud our Board of Trustees for their dedicated commitment to our students, schools, and community.

“Trustees are truly generous volunteers and community leaders. While we officially show our appreciation during the month of January, their commitment is year round and requires a tremendous amount of time and energy. Each one of our School Board members is sincerely appreciated. These individuals represent our greater community and are the voice of our Mustang families. They are vital to the education of our children,” WOCCISD Superintendent Rickie Harris said.

During the past year, the West Orange – Cove CISD Board of Trustees has:

January is School Board Recognition Month in the State of Texas.

“At this time, I encourage all Texans to join in celebrating the work and success of our many school board members across Texas who play an important role in the education of Texas’ youth. The children we nurture right now will become the leaders of our state and nation in the future,” Governor Greg Abbott, said in his official proclamation.