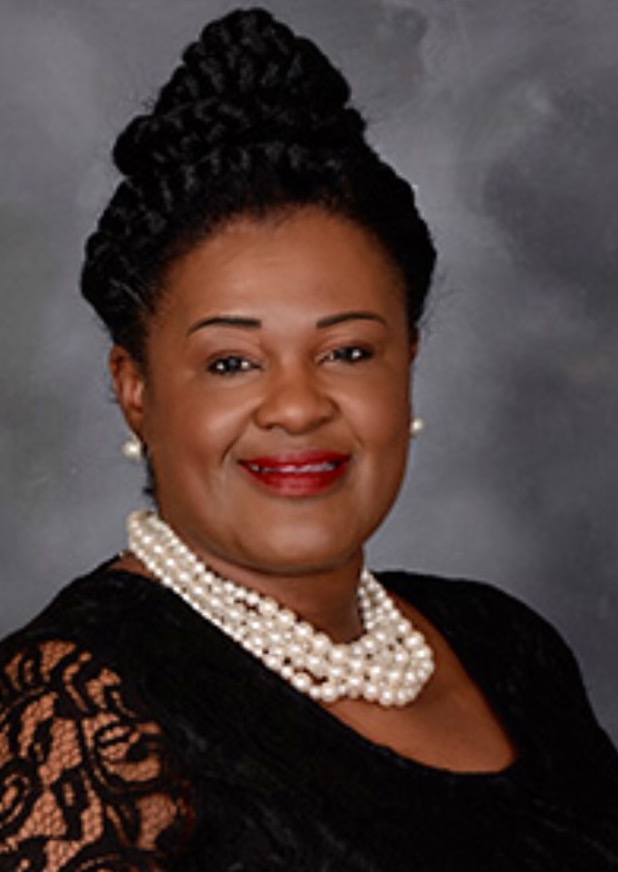 Sarah Jefferson Simon departed this earthly life on Friday, January 6, 2017. She was the mother of Diztorsha and Ray Lavan and Herman and Kanita Jefferson. She was a native of Orange, and a 1980 graduate of West Orange-Stark High School. She attended the University of Houston and Lamar University. Sarah served her hometown community as police officer with the City of Orange Police Department for over 25 years. Sarah had a passion for helping others and a special love for children. After serving as a resource officer for the West Orange-Cove CISD for over 20 years, and volunteering as a tutor for students for many years, Sarah decided to serve the district in another capacity as a school board trustee.  She was the Vice-President of the WOCCISD Board of Trustees until her untimely death. Sarah was also an active member of her church, Starlight Church of God in Christ where she served as the Pastor’s Aide President and a CARE Team leader.  She was recently attending Old Field Church of God in Christ in Bon Wier where her son has been named pastor. Sarah was preceded in death by her mother, Mary Jefferson, and is survived by her two children and their spouses, her dad, John Jefferson, Sr., one sister Bernice Guillory, and three brothers John Jefferson, Jr., Charles Jefferson, and Marcus Jefferson, Sr.  Sarah loved people and people loved Sarah. Her warm smile and caring heart will be missed throughout the community. A Community Memorial celebrating her life, love and legacy will be held on Friday, January 13, 2017, from 6:00 pm to 8:00 pm at West Orange-Stark Elementary School (2605 Martin Luther King, Orange). On Saturday, January 14, 2017, at Community Church (3400 Martin Luther King Drive, Orange) there will be a public viewing from 9-11 and A Celebration of Life beginning at 11:00 am.  Immediately following the service, a routed processional will allow citizens to pay their last respects as police units escort her to her final resting place down Martin Luther King, Strickland Drive, MacArthur, 16th Street and Highway 87.  A Police Honor Guard will take place at Magnolia Memorial Gardens immediately following the processional.