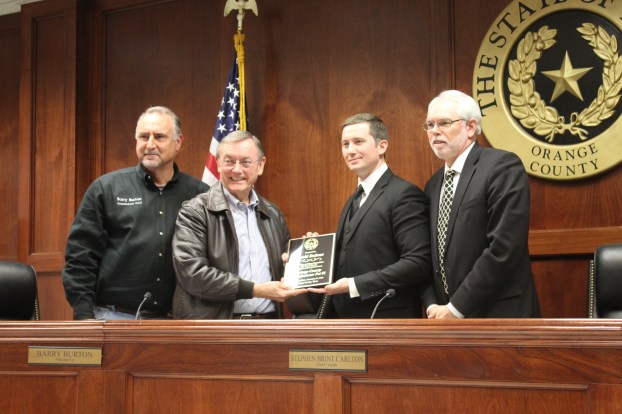 Orange County Commissioner Court presented Commssioner David Dubose, second from left, with a plaque to commemorate his eight years of service. Dubose announced last year he would not run for re-election. Commissioner elect Johnny Trahan and John Gothia will be sworn in at 2 p.m. Jan. 1 in the 128th District Courtroom located on the second floor of the County Courthouse, 801 Division in Orange.