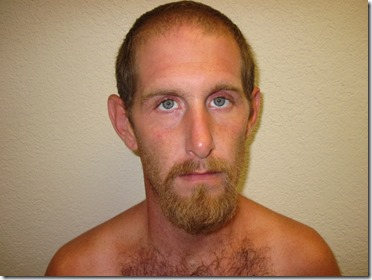 PRESS RELEASE —  On Tuesday, November 8, 2016, about 9:59 PM, Officer Leonard Roff of the Pinehurst Police Department responded to U-Rent Alls, located at 1628 Strickland Drive in Pinehurst in reference to an Alarm.

Upon arriving, and with the assistance of the West Orange Police Department, Officer Roff began searching the inside of the business.  He discovered that the office area had been ransacked and was in a state of disarray.  Upon searching the warehouse portion of the building, the officers located a white male hiding beneath several empty cardboard boxes.  Officer Roff recognized the subject as 33 year old Michael Allen Anderson, who lists an Orange address.  Anderson was found to be in possession of a loaded 9mm handgun and a white, crystal-like substance believed to be methamphetamine.  Anderson was charged with Burglary of a building, a State Jail Felony, Unlawful Possession of a firearm by a felon, a 3rd degree felony, Possession of a Controlled Substance, a State Jail Felony, an outstanding Parole Warrant and 3 warrants issued by the Orange Municipal Court.  Anderson was transported to the Orange County Jail for booking.  If convicted, Anderson faces up to 20 years in prison, and 2 years in a state jail and up to a $20,000 fine. 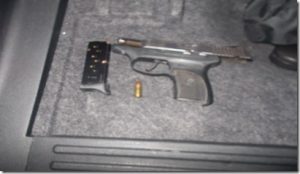 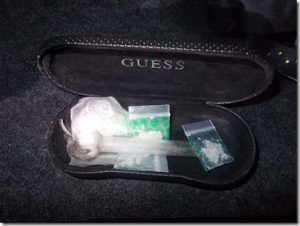