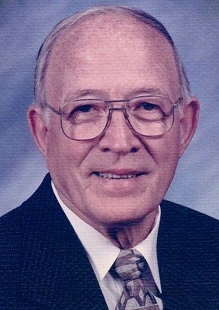 A celebration of Reverend James “Jim” Loran Turner’s life, age 91, will be held at 2:00 P.M., Tuesday, October 11, 2016, at Stringer & Griffin Funeral Home in Jasper, Texas with interment to follow at the Magnolia Cemetery in community of Holly Springs. Visitation will be Monday, October 10 from 5:00-7:00 P.M.

A native of southeast Arkansas, and longtime Jasper resident, Jim was honorably discharged from the United States Army after serving in World War II. He married Vada Marie Hobby in Greenville, Mississippi August 4, 1945. He enjoyed the outdoors, hunting, fishing, camping, yard work and landscaping, barbecuing and gardening. Jim was an avid Dallas Cowboys, Houston Rockets and Astros fan. He was active at Hillcrest Baptist Church in Jasper, participating in the Pilgrims group and his Sunday school class. Jim was ordained as a Southern Baptist Minister in 1962 and before he retired in 2005 he held pastorates at churches in Buna, Hartburg, Hull, Hemphill, Orangefield, Vidor, Jasper, San Augustine Park, Broaddus and Colemesneil. Jim also worked for the Southern Baptist Convention in Jasper in the Lake Ministry Program in the mid-seventies and for the Jasper Chevrolet dealership in the eighties and nineties.

He was preceded in death by his wife of seventy years, Vada Marie Turner, and his parents Myrtle Agnes and James Barton Turner, two sisters, Agnes Louise Scott and Johnnie Bob “Bobbye” McIntosh, one brother, Rufus Henry Turner and by his grandson-in-law, Joe Perkins.

Memorials may be made by check to Gideons International at P.O. Box 1048, Jasper, TX 75951, online at www.gideons.org or to the charity of your choice.

The family would like to give special thanks to Jim’s caregivers, Brenda Turner, Kristen Turner, Laura Sims, and Candance Gray, and to all of his friends and family members who have continually kept him and the Turner family in their thoughts and prayers.

Services are under the direction of Stringer & Griffin Funeral Home of Jasper.