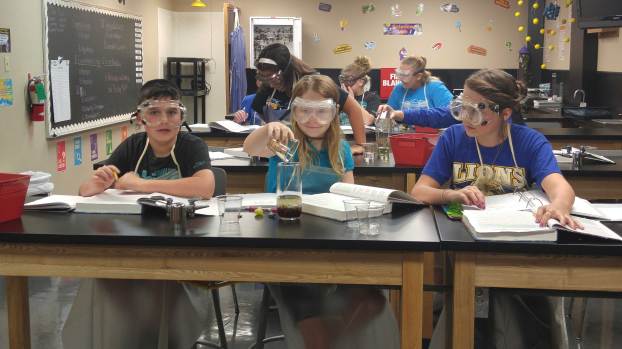 Mrs. Kelly’s 7th grade science class of Community Christian School conducted an experiment on density.  They observed liquids of different weights separate as well as objects that were dropped into the liquids float on the different layers depending on the amount of atoms each item was made up of.  This experiment helped the class understand density, atoms, and prove several theories observed from scientists in the past.

By Dawn Burleigh dawn.burleigh@orangeleader.com   Leifeste Dental celebrated an anniversary with a different twist. Instead of a reception to honor... read more