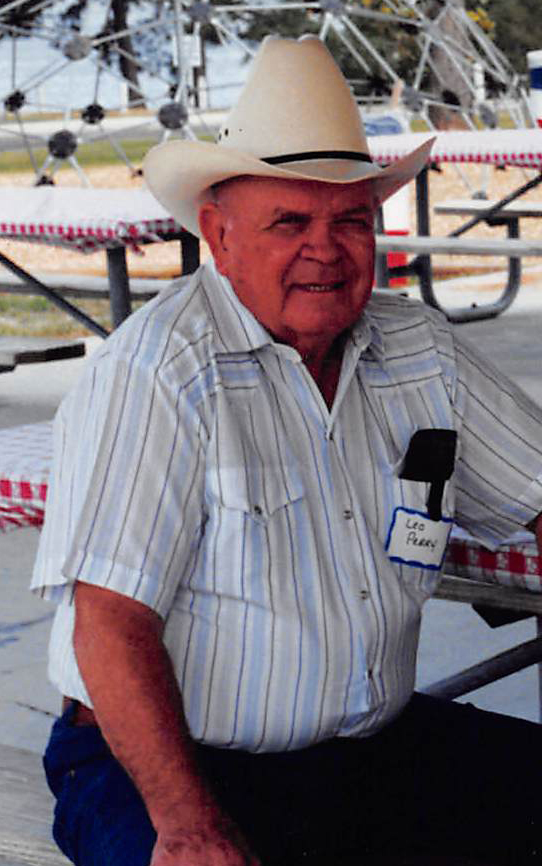 Funeral services will be held at 10:00 a.m., Thursday, June 2, 2016, at Claybar Funeral Home in Orange. Officiating will be Reverend David Turner, of Little Cypress Baptist Church and Reverend Jerry Clark, co-worker and lifelong family friend. Burial will follow at Wilkinson Cemetery in Orange.

Born in Crowley, Louisiana, on June 5, 1928, he was the son of Eli Perry and Olive Abshire Perry. He was a member of Little Cypress Baptist Church. Leo moved to Orange in 1930 where he started school at the age of 6 and graduated from Mauriceville. In 1946, Leo joined the United States Army and spent 3 years in Japan in the Occupation Zone. He was discharged with Sargent Status and returned to Orange in 1949. One year later he married his high school sweetheart, Laverne Wilkinson.

Leo worked for North Drug Store for 15 years and then went on to work at Sabine River Authority of Texas in 1965 as Division Manager of the Gulf Coast division for 30 years before retiring in 1991. After retirement Leo spent his days working part-time at the Farmers Mercantile for Mr. Gus Harris and was known as the “Plant Doctor” for 25 years. He loved gardening, hunting, and working cattle at the Harris farms. Leo was a loving husband, father, grandfather, brother, uncle, and friend. He will be truly missed by all who knew and loved him.