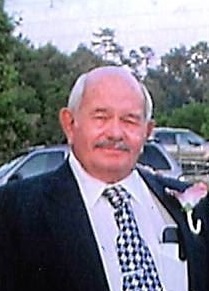 Funeral services will be 11:00 AM, April 27, 2016, at Claybar Funeral Home in Orange. Officiating will be Reverend Daniel Ray of Maranatha Christian Center in Orange. Burial will follow at Orange Forest Lawn in Orange.

Visitation will precede the service starting at 10:00 AM.

Born in Orange, Texas, on April 6, 1938, he was the son of Jesse Wade Nation, Sr. and Virgetta (Delano) Nation. Jesse was a member of the Maranatha Christian Center. He was also a member of the Lion’s Club, the Independent Order of Odd Fellows of Texas, he was an Orange Noon Optimist, and he was on the board of the West Orange Water Department. Jesse was retired from the Levingston Ship Building and he was a Veteran of the United States Army.

He was preceded in death by his parents; and brothers, Travis W. Nation and Lowell Nation.

He is survived by his wife, Melba M. Nation; brothers, Roy E. Nation, Sr, and Donald A. Nation; nieces and nephews; many step-children, step-grandchildren and great-grandchildren.