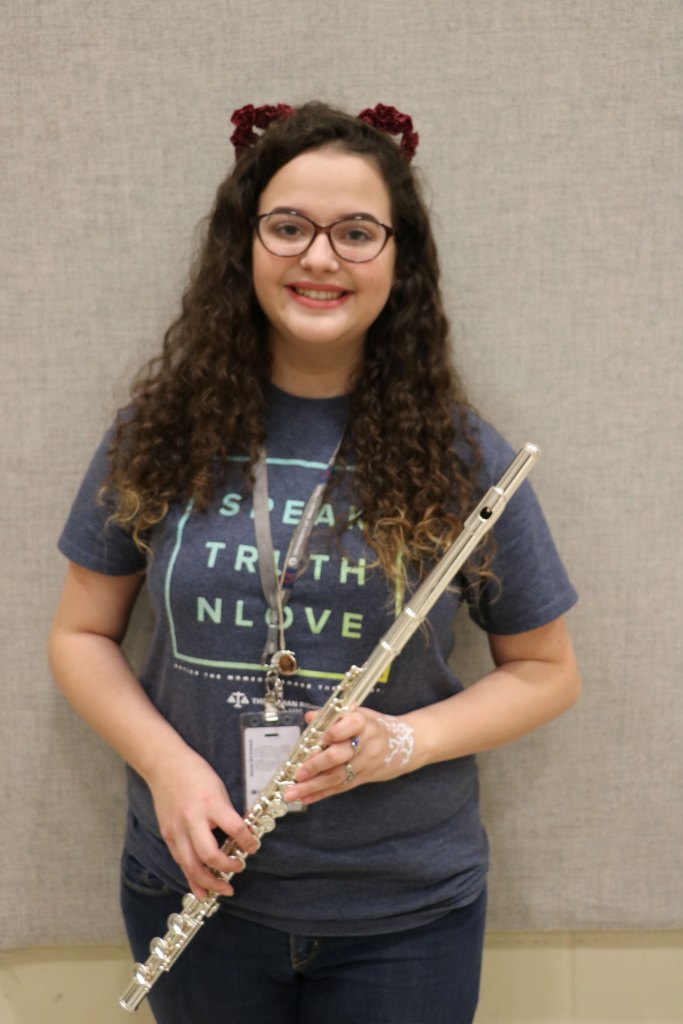 Vidor High School junior Ana Plake was selected for membership in the Texas All State Band last weekend.  According to the Texas Music Educators Association, “All-State is the highest honor a Texas music student can receive. Over 1,600 students are selected through a process that begins with over 64,000 students from around the state vying for this honor to perform in one of 15 ensembles (bands, orchestras, and choirs). This competitive process begins throughout the state in auditions hosted by 28 TMEA Regions. Individual musicians perform selected music for a panel of judges who rank each instrument or voice part. From this ranking, a select group of musicians advances from their Region to compete against musicians from other Regions in seven TMEA Area competitions. The highest-ranking musicians judged at the TMEA Area competitions qualify to perform in a TMEA All-State music group. These All-State students participate in three days of rehearsals directed by nationally recognized conductors during the annual state TMEA Clinic/Convention. Their performances before thousands of attendees bring this extraordinary event to a close.”