A day of fishing 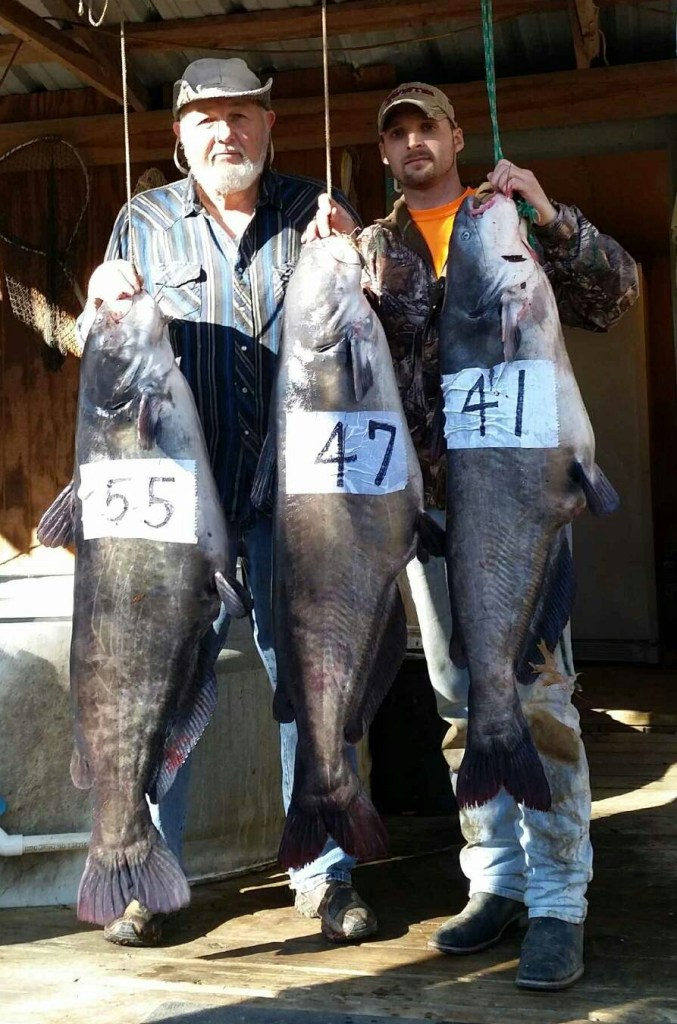 James Risinger Sr., left, Jon Gunn, and Jason Smith, not pictured, caught 39 catfish weighing a total of 365 pounds on their first trip of 2016 on Toledo Bend. They were using live perch on seven trotlines to haul in this big catch. These were the three biggest fish, each reflecting the weight, but had many more in the 20-30 pound range. Jason Smith who also helped haul in the catch before taking the picture of the haul. It was the biggest total weight they have ever caught. A day that will always be remembered.