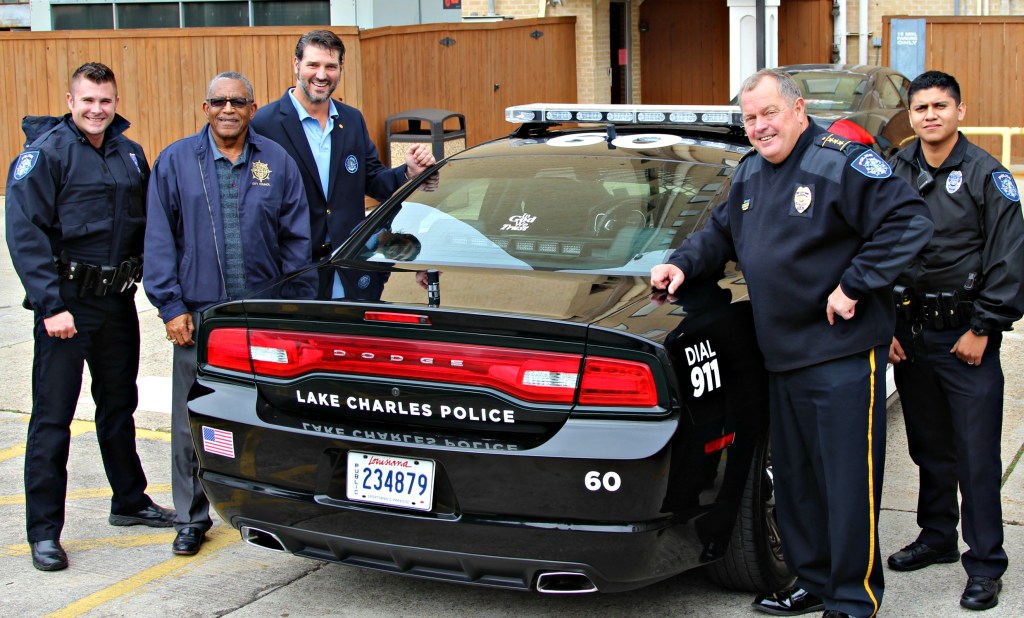 Lake Charles City Council Vice President Rodney Geyen and City Council Member John Ieyoub (second and third from left) co-sponsored an ordinance in November which authorized the City of Lake Charles to implement a policy providing for the issuance of decals displaying the national motto of “In God We Trust” on City vehicles. Lake Charles Police Department Chief Don Dixon, Cpl. Michael Flurry, and Officer Frank Padilla were on hand as the first decal was placed on a police unit. (Courtesy photo)

The national motto of “In God We Trust” will be placed on roughly 200 City vehicles, after an ordinance was unanimously passed by the Lake Charles City Council earlier this year.

Adopted on November 4, 2015, Ordinance No. 17408 authorized the City to implement a policy providing for the issuance of decals to be affixed to City owned vehicles and signs on City buildings displaying the national motto.

Funding for the decals will come strictly from donations. According to Finance Director Karen Harrell, $250 has been received by the City so far to purchase the decals. No taxpayer funds will be used.