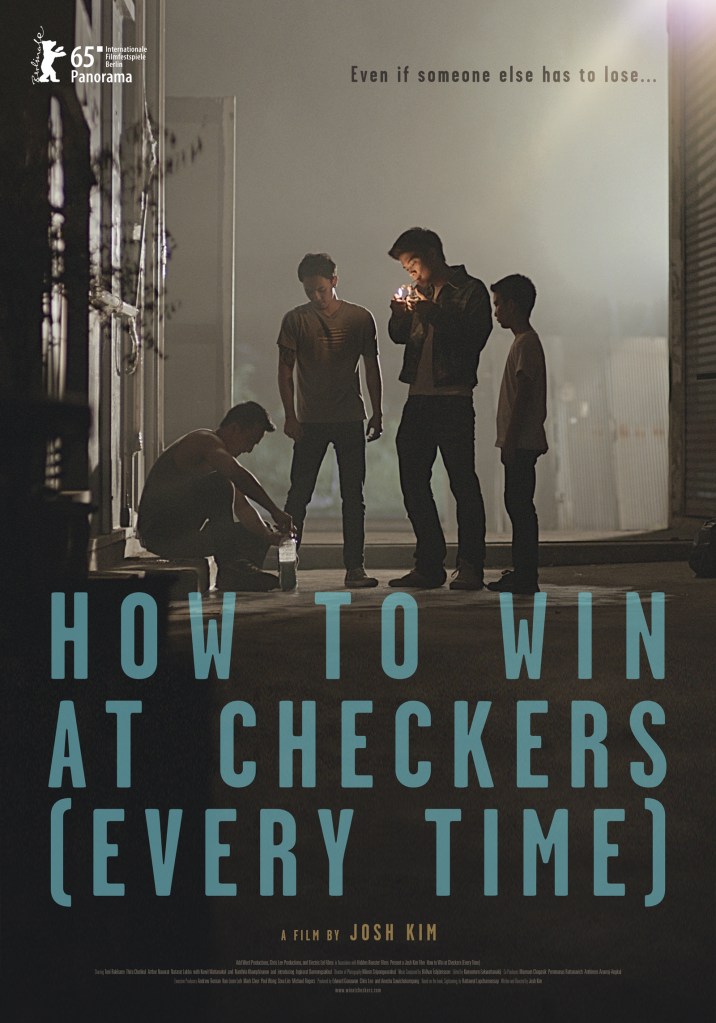 Courtesy photo Poster for the film 'How To Win at Checkers (Every Time)' a debut film directed by Josh Kim of Orange and one of the 88 submitted films for consideration in the Foreign Language Film category for the 88th Academy Awards®.

Josh Kim, originally from Orange, and son of Tae-Hoon Kim, minister of Korean Baptist Church located at 12887 Interstate 10 East in Orange, has been submitted for Best Foreign Language Film category for the 88th Academy Awards® in 2016.

He went to Trinity University in San Antonio majoring in Finance. After having internship National Public Radio (NPR), he went to Korea and directed a few short films.

“I told him to go to school for engineering,” Tae-Hoon Kim said. “But he had other ideas.”

‘How To Win at Checkers (Every Time)’ was submitted for Thailand.

The film is based on the stories from the bestselling book Sightseeing by Rattawut Lapcharoensap, the film is set in the economic fringes of Bangkok and examines the joys and challenges of growing up in contemporary Thailand.

In the film, an 11 years old Oat faces an uncertain future when his older brother must submit to Thailand’s annual military draft lottery. Unable to convince his brother to do whatever he can to change his fate, Oat takes matters into his own hands resulting in unexpected consequences, according to a plot summary of the film.

The 88th Academy Awards nominations will be announced live on Thursday, January 14, 2016, at 5:30 a.m. PT at the Academy’s Samuel Goldwyn Theater in Beverly Hills.
The 88th Oscars® will be held on Sunday, February 28, 2016, at the Dolby Theatre® at Hollywood & Highland Center® in Hollywood, and will be televised live by the ABC Television Network at 7 p.m. ET/4 p.m. PT.