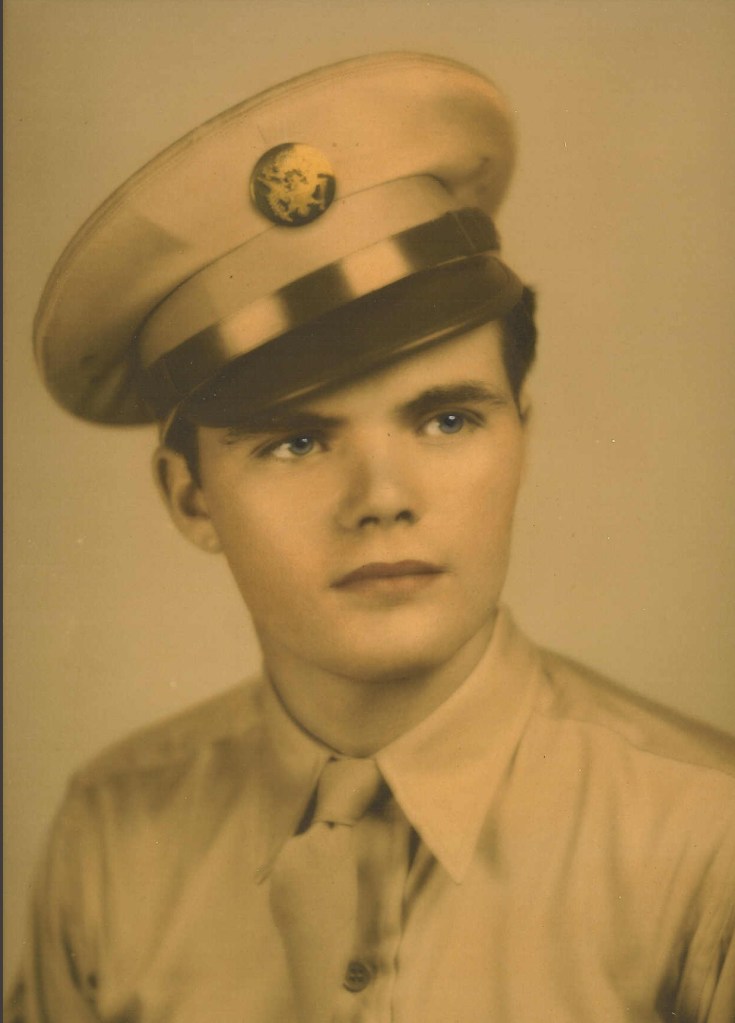 Lubbock – A funeral service for Fred Junior Monroe, 92, will be at 2 p.m. Friday, December 18, 2015, at Neil Chapel, Carillon LifeCare Community, 1717 Norfolk. A private interment will follow at Resthaven Memorial Park. Arrangements are by Sanders Funeral Home.

Fred passed away on December 14, 2015. He celebrated a wonderful Thanksgiving with the families of both of his sons and enjoyed watching the football games, especially TTU’s victory over UT. Shortly thereafter on December 2, he fell and broke his hip.  Initially he responded well to surgery, but soon lost his appetite, and despite many encouraging visits from family and friends, failed to rally.

Fred was born at his parents’ home in Humeston, Wayne County, Iowa on May 15, 1923, the youngest son of a family including three older sisters, Ruth, Eloise, and Mary, who predeceased him. He was the son of Fred Monroe of Sullivan, Illinois, then Humeston, and his wife, Bessie Gladys Latimer. His ancestors were early settlers of those townships. His father, a farmer, grocer, and later, traveling salesman served as mayor, then school board chairman in Humeston, while his mother who lived to 94, boarded teachers while very involved in church and social organizations.

Fred had a wonderful life. He played on his 1940 state basketball squad, was a star football player and was offered a scholarship to Drake University, but declined to join the service. He served in the U. S. Army Air Corps as a Sergeant, aircraft mechanic, and crew chief during World War II. He had a number of interesting experiences, including getting to meet Colonel Charles Lindbergh at Willow Run, dancing with actress Rita Hayworth at the Los Angeles USO, and being one of the first 300 people to receive penicillin during the war. He proved allergic, causing him not to ship out with his B-24 unit to Italy, instead being reassigned to B-29s for the invasion of Japan. In his youth Fred was a member of the American Legion, Veterans of Foreign Wars, and Masonic Lodge in his home town. A graduate of Humeston High School, Fred attended Iowa State Teacher’s College after the war, but did not complete his degree. Instead he moved to Texas in 1948 on the advice of an Air Corp buddy who told him about good paying jobs in the petroleum plants. He worked the graveyard shift as an operator for seventeen years at the Shell Oil Refinery near Houston, as a member of the Chemical and Atomic Workers Union.  Later he owned Broadway and Tanglewood Shell service stations in Houston. He worked in sales for Montgomery Ward, before moving to Orange County, Texas in 1964 to live near his wife’s family. There he worked in sales and in the parts departments of Inman Chevrolet, Orange, Modern Chevrolet, Beaumont, and Harmon Chevrolet, Orange, as parts manager until his retirement in 1986.

Fred was married in Houston on November 25, 1949, to Laura Belle Meriwether, daughter of Sheriff Clifford Hobson Meriwether and China Myrtle Trotter of Little Cypress and Mauriceville in Orange County. Laura, a respected teacher and first director of Head Start in the Orange ISD, later served as principal of Wallace, West Orange-Cove, and Anderson Elementary schools. Fred and Laura loved their stock farm along the Lemonville Road. Their conspicuous red barn-style house was constructed of timber cut from their property by Laura’s father and Uncle Charles Nimitz. Fred took pride keeping his ten acre yard immaculate and helping Laura grow three hundred rose bushes. When Laura grew ill in 2000, they moved to Carillon, where she died in 2002, and where Fred has lived at The Villas at Windsong since, near his son Monte’s family. He enjoyed his friends at the Carillon Hob Nob and Happy Hour.