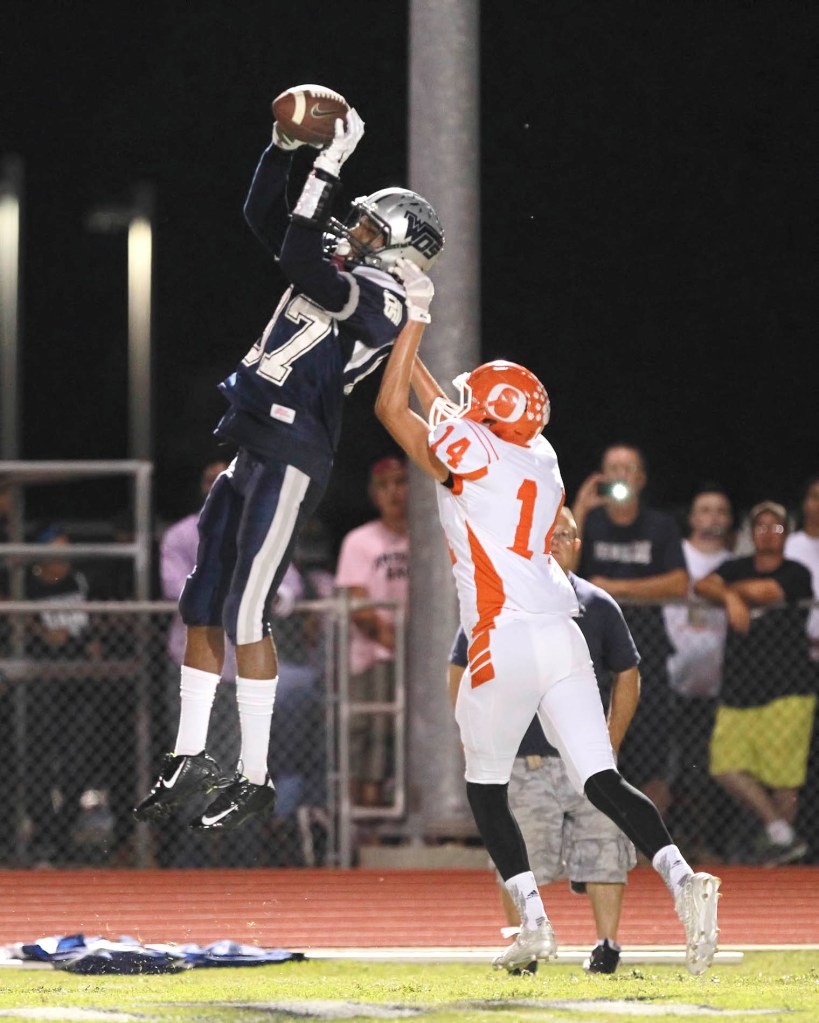 WEST ORANGE – After navigating through one of the toughest non-district slates the state of Texas had to offer, the West Orange-Stark Mustangs are simply gliding through District 9-4A Division II play.

The Mustangs (8-1, 3-0) have already sealed another district title as they look to make waves in the upcoming postseason as they are on a quest to reach the Class 4A Division II State Championship Game for the second straight year.

The key for the Mustangs will be about staying healthy and on point this week as they welcome in the Hardin-Jefferson Hawks (2-6, 0-2) to Hooks Stadium to wrap up their regular season.

A win would be huge for WO-S. The Mustangs will get some rest next week with their bye week and will have a “long” time to prepare for what looks like another matchup with Houston Scarborough (1-7) in the bidistrict round of the playoffs.

The Mustangs have not been kind to 9-4A opponents thus far, especially on the defensive side of the ball.

The Mustangs are allowing just 161 yards a game in 9-4A action.

The Hawks defense will face a Mustang offense that has been hard to stop, especially with the balance that WO-S brings to the table.

WO-S junior quarterback Jack Dallas has had a nice run through nine games. He has completed 126-of-202 passes for 1,737 yards to go along with 22 touchdowns and just five interceptions.

Dallas has been able to utilize 15 different pass catchers thus far this season.

Melech Edwards and Jeremiah Shaw pace a balanced WO-S running attack. Edwards has 569 yards and six TDs on 97 carries while Shaw has rumbled for 479 yards and five TDs on 81 totes.

The Hawks have been 9-4A’s hard-luck squad this season after making back-to-back playoff appearances.

H-J has been in both of their 9-4A losses, only to get nipped by Orangefield 24-23 when the Bobcats stopped the Hawks on a possible go-ahead two-point conversion play near the end of the game, and they also fell to Hamshire-Fannett 42-38.

The Hawks do have a potent running game that the Mustang defense will be honed in on.

H-J has two potent backs in the forms of Talon Tilley, who had a 334-yard game against Kountze, and Deshon Moreaux. Quarterback Logan Thompson also has good legs.

Last year, the Mustangs went to Sour Lake and handed the Hawks a 42-21 loss that settled the 9-4A title. Mustang back Grant LaPoint-Teate rushed for 204 yards on 234 carries and Dallas threw a pair of TD passes.