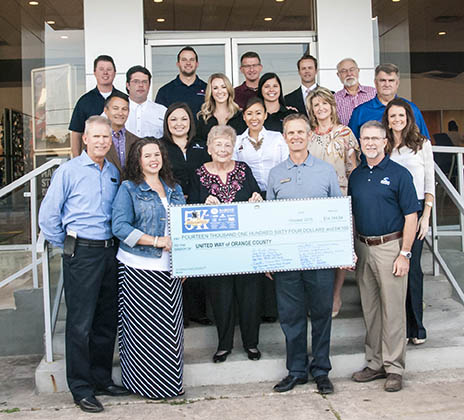 Granger Chevrolet and the top 10 sponsors of the 2015 Granger Chevrolet 5K Walk/Run presented a check, on Tuesday, in the amount of $14,164.64 to Linn Cardner, front center, executive director of the United Way of Orange County Texas from the proceeds of the 5K Walk/Run, which was held on Saturday, Oct. 10, 2015.