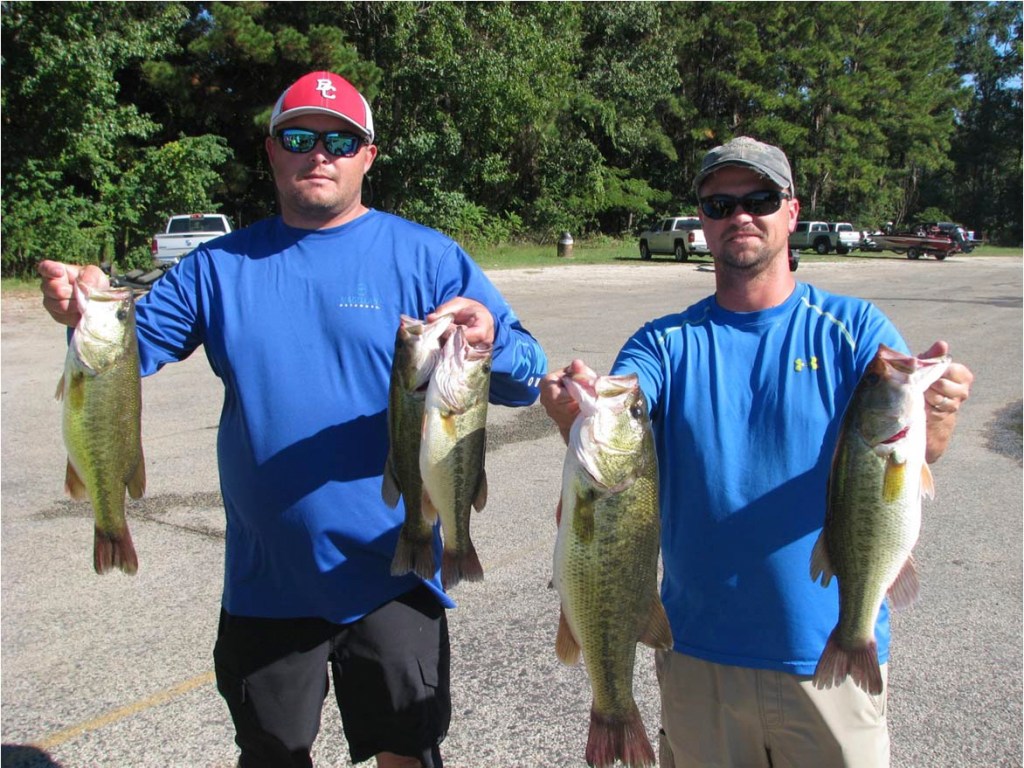 Courtesy photo Mike Moore and Chris Baggett with a winning bag of five fish at 15.73 lbs. during the first tournament of the GetDaNet Fishing Club.

ORANGEFIELD — Newly-formed GetDaNet Fishing Club held it first tournament Saturday, October 10, at Toledo Bend Reservoir. A heavy cloud cover and a front line to the east threatened rain, but blew away to the west quickly. Despite an east wind, the weather turned out beautiful for a day on the water; but the early front wreaked havoc on some of the fishing efforts. Anglers that targeted Indian Creek reported an early‐morning bite near the bank on creature baits and Senkos. Other anglers reported spending time on the flats in Six Mile and Sandy Creek, which produced the Big Bass of the tournament.

Logan Darby brought his foster‐Dad, Keith Worthy, out for the tournament and showed him a few of his favorite “honey holes”. The pair turned in the 2nd‐place stringer of four fish that weighed 9.32 lbs. Logan also managed a 3rd‐place fish in Big Bass at 3.01 lbs.

Rounding out the top spots, in 3rd‐place with a stringer of three fish weighing 6.89 lbs. was the team of Rick Deutsch and Adam Brown.