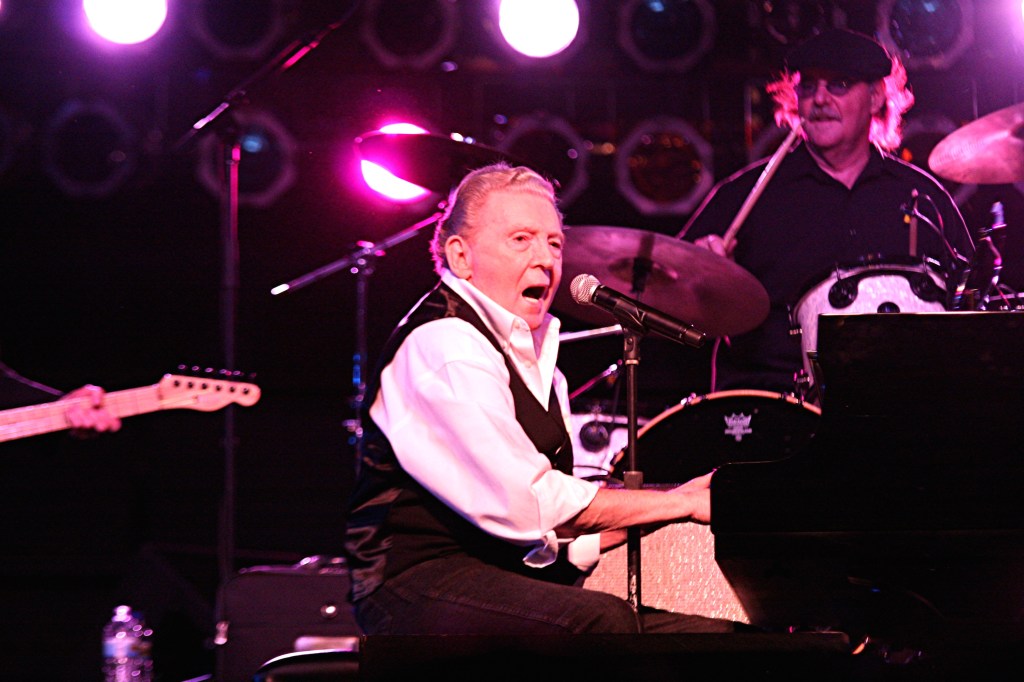 Rock and roll legend Jerry Lee Lewis returns to Southeast Texas for a concert on Oct. 3, at the Julie Rogers Theatre in Beaumont, Texas, as the musician celebrates his 80th birthday with a concert in Beaumont. Tickets are on sale now. (Tommy Mann Jr. / The Orange Leader)

A man who is synonymous with the early days of rock ’n roll is celebrating his latest birthday with a performance in the Golden Triangle.

Jerry Lee Lewis, “The Killer,” returns to Southeast Texas for the first time in more than three years with a concert at 7:30 p.m., Saturday, Oct. 3 at the Julie Rogers Theater in downtown Beaumont. Special guest act is Jake Rowley and the Payola Kings. Tickets are $25-$100 each at all Ticketmaster outlets, including the Beaumont Civic Center box office, online at www.Ticketmaster.com or charge by phone at 800-745-3000.

Lewis, who will turn 80 years old on Sept. 29, is best known for hit songs such as “Whole Lotta Shakin’ Going On” and “Great Balls of Fire,” both released in 1957, as well as “Breathless” and “High School Confidential,” which were released in 1958.

Lewis earned a reputation early in his career for his energetic performances, but following the fall-out after the publicity of his marriage to his 13-year-old cousin in 1958 his career nearly died.

Lewis began a country music career in the late 1960s and 1970s which helped revive his career and the put the charismatic entertainer back into the spotlight, thanks to songs such as “Another Place, Another Time,” “One Has My Name (The Other Has My Heart),” and his number one hits “To Make Love Sweeter for You,” “There Must Be More to Love Than This.”

Lewis has released three new studio albums in the past 9 years, including “Rock and Roll Time” in the summer of 2014. The new disc features material previously recorded by legends such as Johnny Cash, Chuck Berry, Boby Dylan, Lynyrd Skynyrd and more.

Visit www.jerryleelewis.com for more information on this artist. Visit www.discoverbeaumont.com for more events at the City of Beaumont facilities.