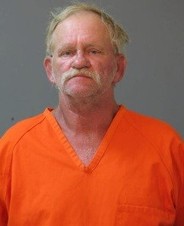 Lake Charles – On July 1, Robert Lee Sargent, Sr., 56, 3311 Deer Run Road, Lake Charles, was arrested by the Calcasieu Parish Sheriff’s Office and charged with 1 count of aggravated rape; 5 counts of sexual battery; and 4 counts of aggravated incest, after it was learned he had inappropriate sexual contact with two young girls, one of whom was a family member.

On August 10, detectives received information that Sargent had inappropriate sexual contact with another family member starting when she was 3 years old until she was 13. The victim described at least eight different incidents of inappropriate contact occurring at four different residences in Calcasieu Parish where Sargent had lived.

A new LA law has changed the crime of incest to crime against nature, but Sargent was charged under the old law because the 8 counts of aggravated incest he is charged with happened prior to the new law becoming effective.

CPSO Detective Cinnamon Salvador is the lead investigator on this case.