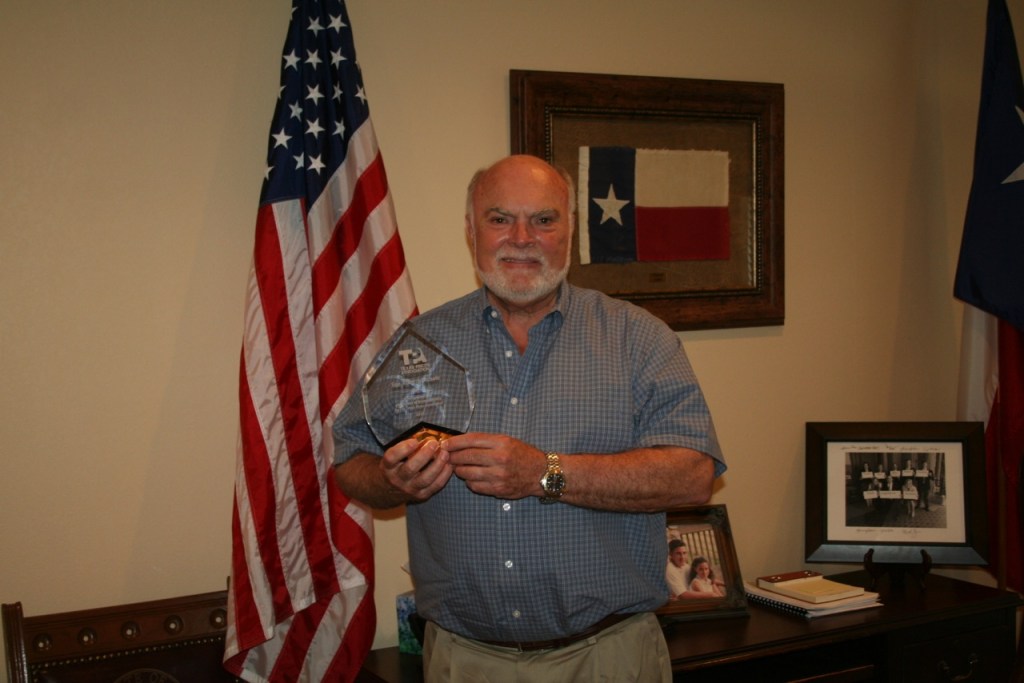 Courtesy photo Senator Robert Nichols (R-Jacksonville) was named Champion of Transparency by members of the Texas Press Association this week.

“I am grateful to TPA for this honor. I believe local newspapers are essential for the communities not only in East Texas, but also across the state of Texas,” Senator Nichols said. “I have and will continue to stand behind and support the needs of the newspapers within Senate District 3.”

Senator Nichols was honored for his work in ensuring there is transparency in government by providing Texans with access to governmental meeting and records, as well as ensuring public notices, required of governmental bodies, are available in newspapers.

“Many in government give lip service to transparency, but real champions of public access and accountability are few and far between,” TPA executive vice president Donnis Baggett said. “Senator Nichols has an open door and an open ear to the issues that are vitally important to newspapers and the public in general. He is truly passionate about citizen’s right to know.”

First elected to the Texas Senate in 2007, Robert Nichols represents 19 counties including the greater part of East Texas.

In the Texas Senate, Nichols serves as Chairman for the Transportation Committee. He also serves on the Senate Finance, Natural Resources and Economic Development, and Intergovernmental Relations Committees. He is a member of the Legislative Audit Committee and a former Vice Chairman of the Sunset Advisory Committee.